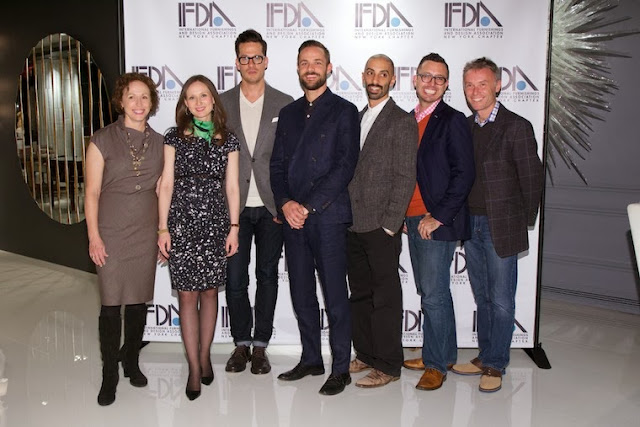 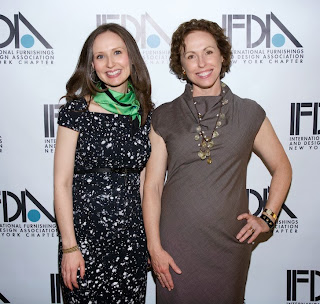 The event was a huge success, and it was both inspiring and informative to hear first-hand from these talents about how they took their business and brand to where it is today. 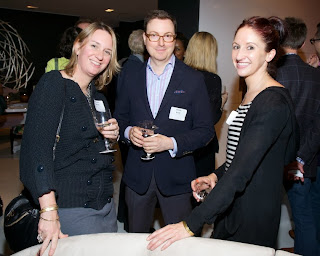 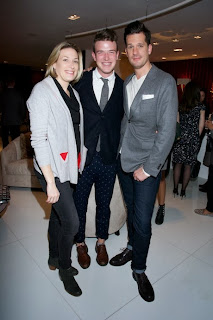 there was lively conversation during the cocktail hour
with many from the design industry in attendance to show their support. 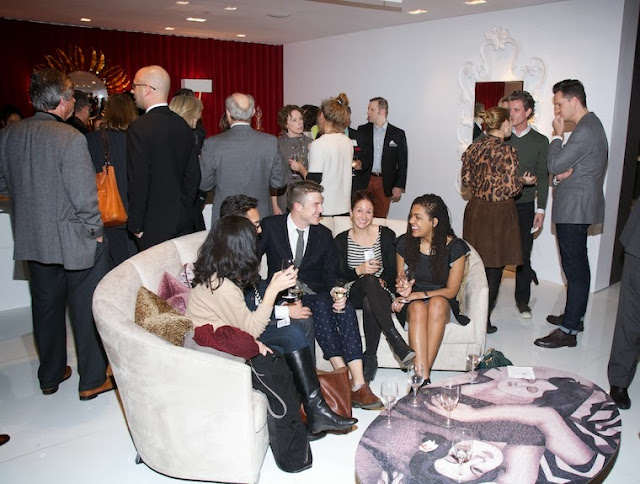 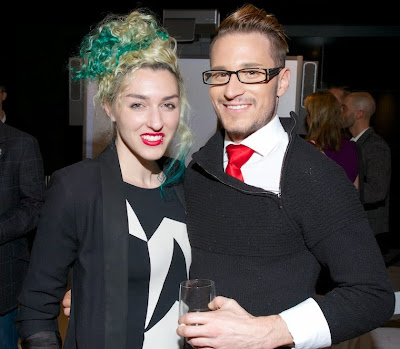 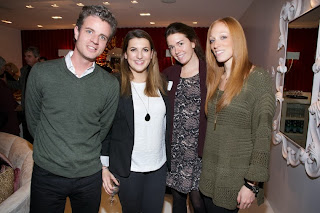 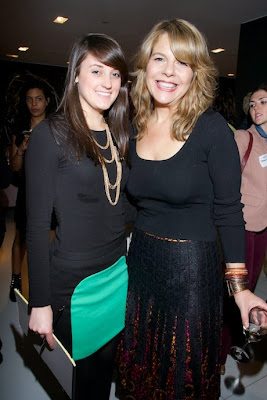 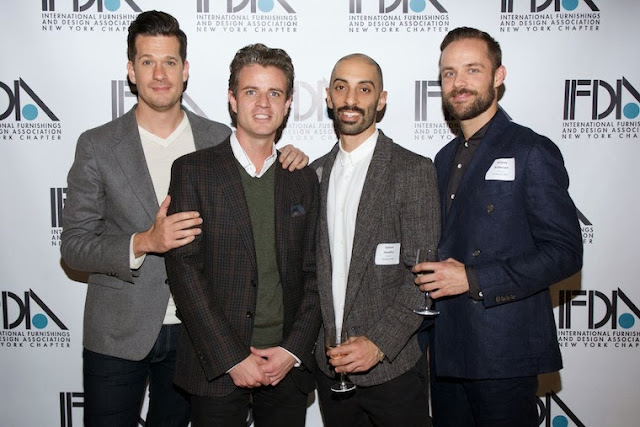 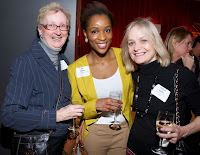 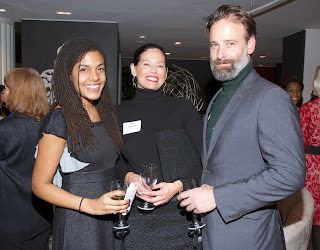 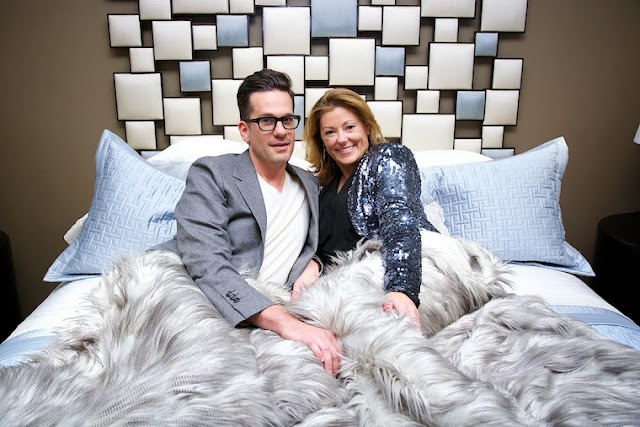 Of course many of us checked out the gorgeous Christopher Guy Showroom as well. 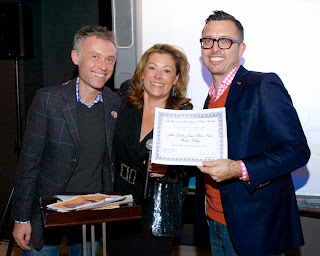 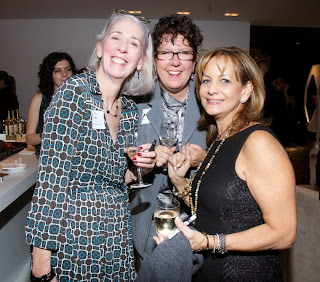 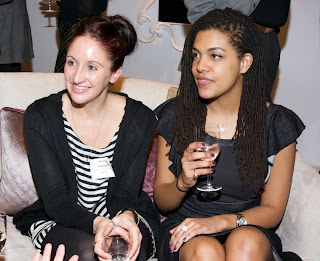 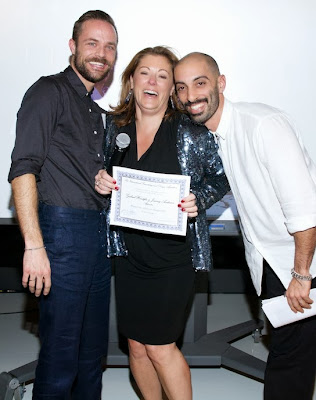 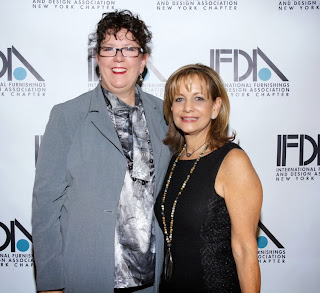 A special thank you to Rose Hittmeyer and Andrea Algaze
for organizing the details for the fabulous evening. 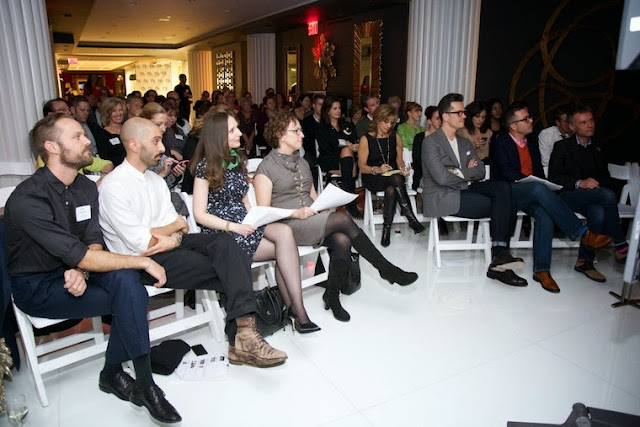 Please read about those honored,
and view some of their work and inspirations.
To recognize the mission and diverse membership of the IFDA, this is the first time we also honored a product designer at the event!
Interior Design Honorees:
John Loecke & Jason Oliver Nixon
Madcap Cottage

John Loecke and Jason Oliver Nixon
are the dynamic duo behind the New York- and North Carolina-based interior design firm Madcap Cottage. Known for their whimsical use of color and pattern, the Madcap gents scour the world for eclectic finds that capture their unique and gimlet-eyed view of the world. 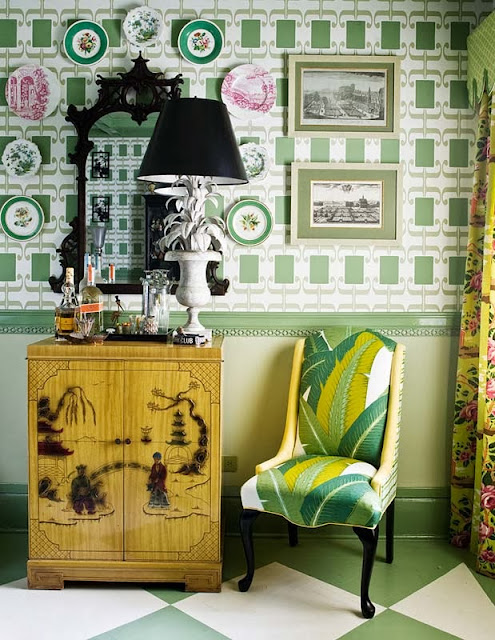 this gorgeous, rich and layered design in Brooklyn, New York City showcases
the designer's attention to detail and usage of color -- this image is a favorite on Pinterest!

Joan Dineen and Alyson Liss-Pobiner began working together in 2006. Since then, they found that were able to combine and double their delight in built spaces, solving problems, and making people happy. Both possess degrees in Architecture. Liss-Pobiner also holds a graduate degree in the History, Theory, and Criticism of Art and Architecture, and Dineen a degree in Civil Engineering. It was inevitable that the duo would also expand the Architectural practice into Interior Design as working in New York City for a small firm is typically the case of being on the inside looking out. 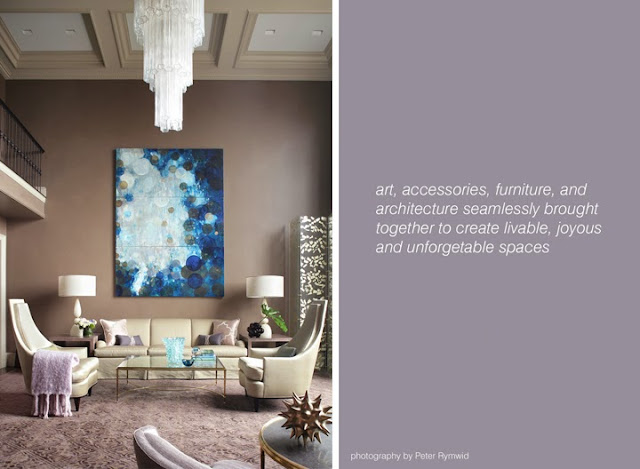 this space is a beautiful example of symmetry and balance.  The duo brought together a gorgeous design utilizing their talent and architectural skills.

Jon Call studied architecture in Seattle at Cornish College of the Arts before moving to New York to work for Diamond Baratta, where he was immersed in their world of vivid color, custom furniture, and storied tradition. After that, he worked for Shawn Henderson, another young designer, before striking out on his own in 2010. The name of the firm, a somewhat cheeky reference to the days when designers were known by Mr. or Mrs., embodies Call's spirit: he winks, rather than nods, at the past. 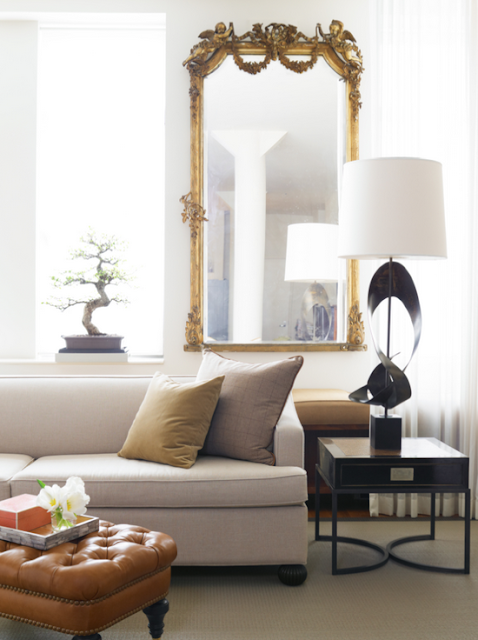 Born from playful experimentation with vintage lighting components, Apparatus is a collection of lighting fixtures created by designer Gabriel Hendifar and partner Jeremy Anderson. Creative Director Hendifar formed his interdisciplinary approach to design from studying costume and scenic design at UCLA, later designing for couture label Jmary and most recently as part of the Raquel Allergra creative team. Having consulted for such firms as Ogilvy, LVMH, and the Academy of Motion Pictures Arts and Sciences, Anderson left his career in PR to oversee Aparatus studio production and operations. 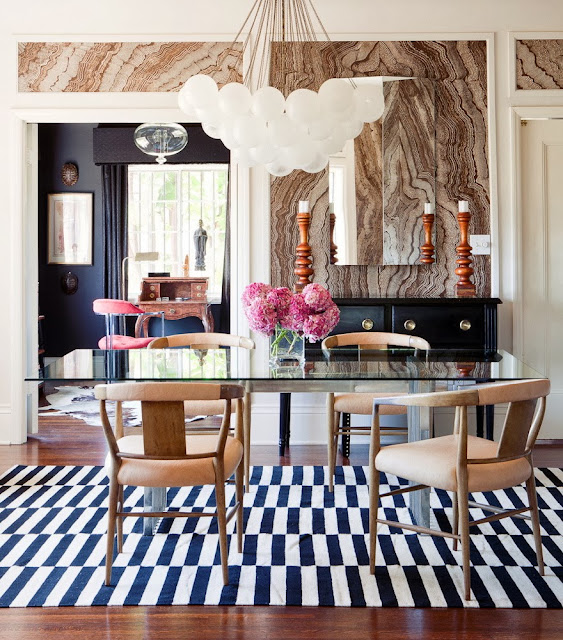 Cloud 37 are glass orb light fixtures.  The glass is frosted by hand, similar to 19th Century frosting techniques, and the result helps to create a soft glow.  The fixture is dramatic and when combined in the above space the effect is stunning.  In addition to lighting fixtures, the team created Strata, a classically inspired fabric made out of linen and intended for use on walls. It is large with a vertical repeat of almost 9 feet, and is wonderfully modern in feel as well, as can be seen in the above photograph. 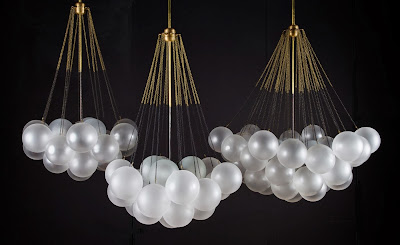 Find Us On Social Media

Our Most Popular Posts